Learning chord theory is the most important step to exploring the musical possibilities you never even dreamed of. No seriously, chords are it. Innovation within music has largely come from chord theory and harmony over the past several hundred years, and while in recent times innovation has come from rhythm and interpolation (as in rap and hip-hop) and digital production tools, a solid understanding of chords, their properties, and how to turn them into a force for creative expression is invaluable.

In this article, we’re going to dive deep into chord progressions and how to use them in your creative process.

What are Chord Progressions?

Usually, all of the chords in a song come from the same musical key. This is called a diatonic chord progression. You can learn more about keys by reading our music theory primer post.

Each musical key produces different chords, one built beginning on each note in the scale. In a diatonic scale, this produces three major chords, three minor chords, and one diminished chord (also called the leading tone).

Each chord can be sustained for any length of time, ranging anywhere from just two beats to one bar or even longer. The chords can all be the same length or different lengths.

As you can see, in this simple 4-bar progression, all chords are of the same length, but the progression begins and ends on . Therefore, the  is repeated for two bars each time the progression loops around on itself.

The progression above uses just two chords, and . In this progression, the chord is played for just one bar.

It’s also possible to play two chords in the space of one bar. In 4/4 time, each chord could receive two beats.

Chords can also be played briefly to transition from one chord to another. These are called passing chords, thus named because we “pass” over them very quickly. This chord will typically be played for one beat or less.

In this progression, the V chord is used as a passing chord from the I to the IV chord in the second bar. Notice the chord is played only in the space of one-eighth note (on the “and” of beat 4).

Why Use Roman Numerals?

In a progression, chords are notated using roman numerals. This is the most common way to notate chords classically and in jazz. Other methods exist, such as the “Nashville number” method, but they all stem from the following system.

The numbering system works so well because it can be applied to any musical key, making it easier to transpose and understand. When composers create charts to share with other musicians, they use numbers so that the musicians can play the song in whichever key is best for their instrument, band, or the vocal range of the lead singer.

Now we’re going to open up some serious possibilities.

In this example, the  chord in the second bar does not belong to the song's major key. To learn more about borrowed chords, check out this article on spicing up your songwriting or this video on the topic.

Lastly, it’s possible to play two related chords in place of each other. This is called substitution.

Here we’ve substituted a vi chord for the  chord. These chords contain many of the same notes and can be used interchangeably in some cases.

This progression, taken from Radiohead’s song “Creep” uses two chords taken from outside the song’s key of “G” major. In the second bar, the chord, which would normally in this key be a minor chord, is major. Therefore, uppercase  is used. In the final bar, the iv chord is minor. Again, the appropriate numeral is substituted to denote the minor quality.

Try it: Try taking a progression you’re already familiar with and substituting a chord. Do you know another chord with similar notes? Maybe even a chord that is taken from a different key or progression? There are no right answers while experimenting, so see what you can discover on your own. Explore the sounds you like, and then follow the breadcrumbs back to understanding the theory that makes it work!

Chord progressions can range anywhere from one or two bars, to dozens of bars. Most common chord progressions will last for an even number of bars before repeating such as 2 bars, 4 bars, 8 bars, or 16 bars. These patterns constitute a song’s form.

A 12-bar form is also common and used as the basis of blues and jazz music. This is typically called a “12-bar blues”.

It isn’t uncommon for a song or piece to use more than one chord progression at different points within the song. For example, the verse progression may differ from the progression in the chorus, solo, or bridge. This is done to create movement throughout the song and keep things from becoming too repetitive. Even if the chords used are the same, they can be played in a different order to achieve the same effect.

This technique of delaying the tonic (the scale's first degree) until the chorus is commonly used in pop music.

What About Chords From “Outside” of the Key?

If the chord begins on a scale degree not included in the scale, you can add a flat (b) or sharp (#) sign before the chord, to indicate that this particular chord should be raised or lowered.

This progression, common in RnB/Soul music, uses the (flat six major) chord in the third bar. This is a major chord built on the sixth degree of the scale, lowered by one-half step. Therefore, the “b” sign is added before the numeral.

Chord progressions frequently begin or end on the first chord in the song’s key, called the tonic. This helps to establish a firm home base for the listener, or a satisfying conclusion or resolution at the end of the piece.

One of the most common chord progression is the  mentioned earlier in the article. This progression is used in every genre of music and in countless songs. The chords can be arranged in different orders, but thousands if not millions of songs have been written using just these three chords. In addition, the 12-bar blues form we discussed earlier sources its chords from this type of progression.

In this progression, the chord resolves back to the chord. This type of resolution is called a perfect cadence.

Expanding further on this progression, we have the ubiquitous progression. This is the famous 4-chord progression; found in nearly every major radio hit of the past 60 or so years… Adele’s, “Hello”, Journey’s, “Don’t Stop Believin’”, “Despacito” etc. This progression adds the  chord to the mix, creating a (very) small amount of tension, released on the next chord. Therefore, this progression can feel a bit more hopeful or nostalgic. This progression ends on the chord before resolving to the tonic chord. This type of cadence is called a plagal cadence.

This progression can also sport one of the most common uses of a borrowed chord, the  or minor 4-chord.

Simply change the chord to to unlock this very sweet tonality, used in ballads and power-pop the world around.

The  is actually borrowed from the parallel minor key, i.e. the minor key that starts on the same tonic note.

The famous 4-chord pop progression also has several popular permutations, which can alter the emotional context of the progression. Here are some you can try out.

The “50s Progression”  also uses these chords, albeit the  chord is played second. These are the chord progressions for songs like “Heart and Soul” and “Stand By Me”.

Remember when we discussed “passing chords” earlier? Here is a neat way to use a passing chord in a common chord progression.

In the famous 4-chord pop progression, we add the diminished chord as a passing chord between the chord and the tonic . The  is usually used for this purpose.

You can also borrow a diminished chord from another key, and insert it in when passing between the and chords. This works so well because the bass movement becomes chromatic (moving up in half-steps).

Notice the “b” flat sign before the chord? Remember this is used as we are building the chord beginning on the flattened 6th scale degree.

You may have noticed that some of the progressions listed above don’t begin on . It is possible for a progression to begin and/or end on chords other than the tonic. The most common example of a progression that begins elsewhere in the progression, the foundation of jazz. Beginning on the  chord, and eventually finding its way back to the . This is what creates tension and release.

Chords can also be “voiced” or played with the notes arranged in a different order. This is called a chord inversion. Inversions can be used to unlock further harmonic possibilities within even a simple progression.

To create an inversion, simply begin the chord on a note other than the “root” of that chord. This creates two alternative voicings for each triad chord. Classically, this is used to create smooth “voice leading” or movement between chords. The idea is to shorten the intervallic distance between the notes as you shift between each consecutive chord. In contemporary music, this is more often used as a tool to evoke different emotions, or out of convenience when a progression is being played on guitar or piano.

One popular example of a chord inversion is in “Someone Like You” by Adele.

To indicate a chord is inverted using the numeral system, we’ll need to remember a few simple rules.

A chord in root position is left alone:

When speaking about these chords, you may also hear someone say, “C with an E in the bass” (1st inversion), or “C over E”.

Whether you’re brushing up on your knowledge or beginning a whole new explorative journey into chordal harmony, we hope you gained some new insight and powerful knowledge from this article. Keep up the great work on ToneGym, and we can’t wait to see what you come up with!

What Is A Chord In Music?

Personalities of chords in a scale

How To Write Chord Progressions-

The Secret To Coldplay's Chord Progressions-

Already writing chord progressions? Here's how to spice things up-

If you ever feel down, the 4-chord pop progression will always be there to pick you up: 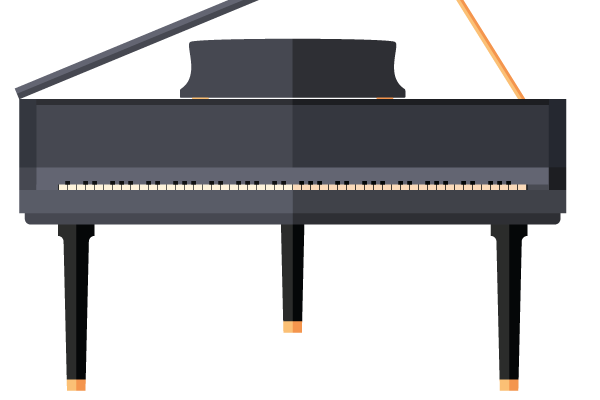 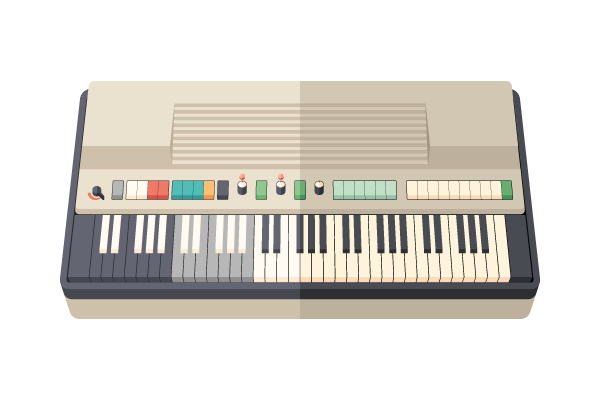 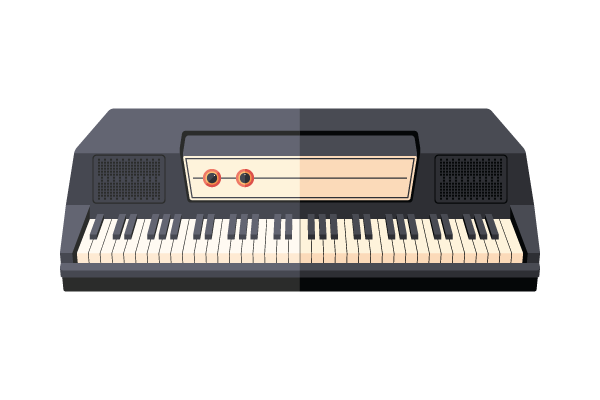 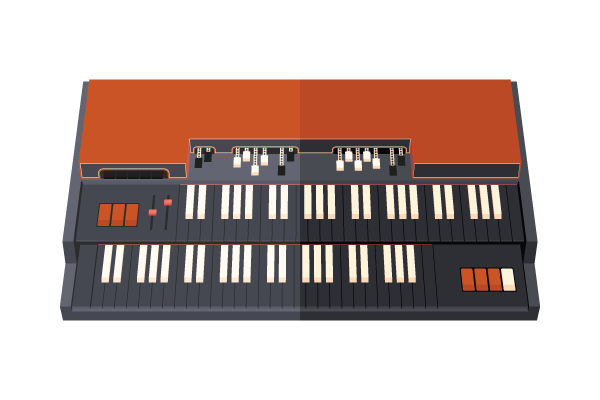 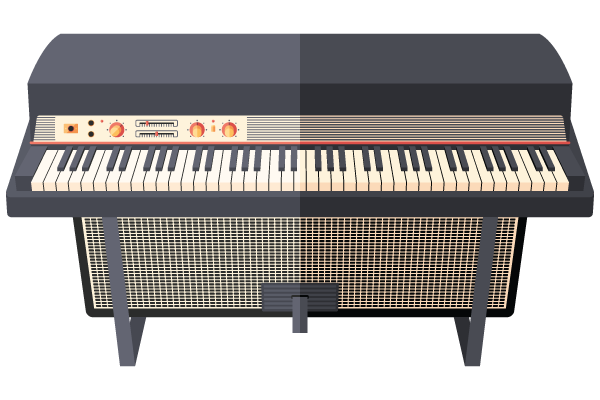 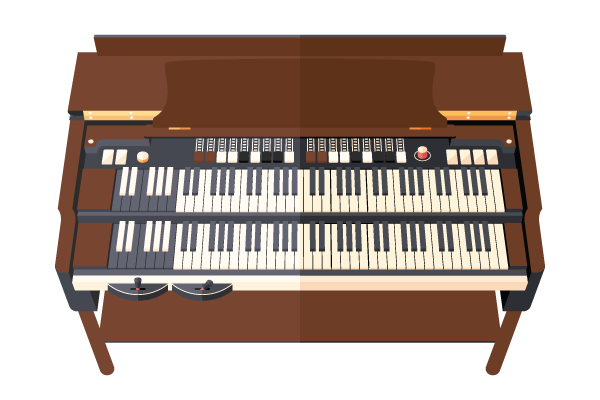 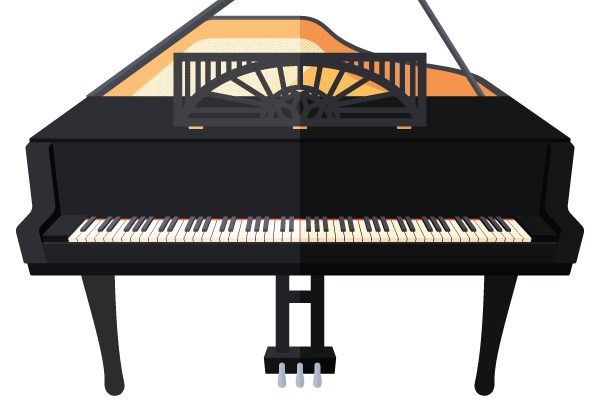