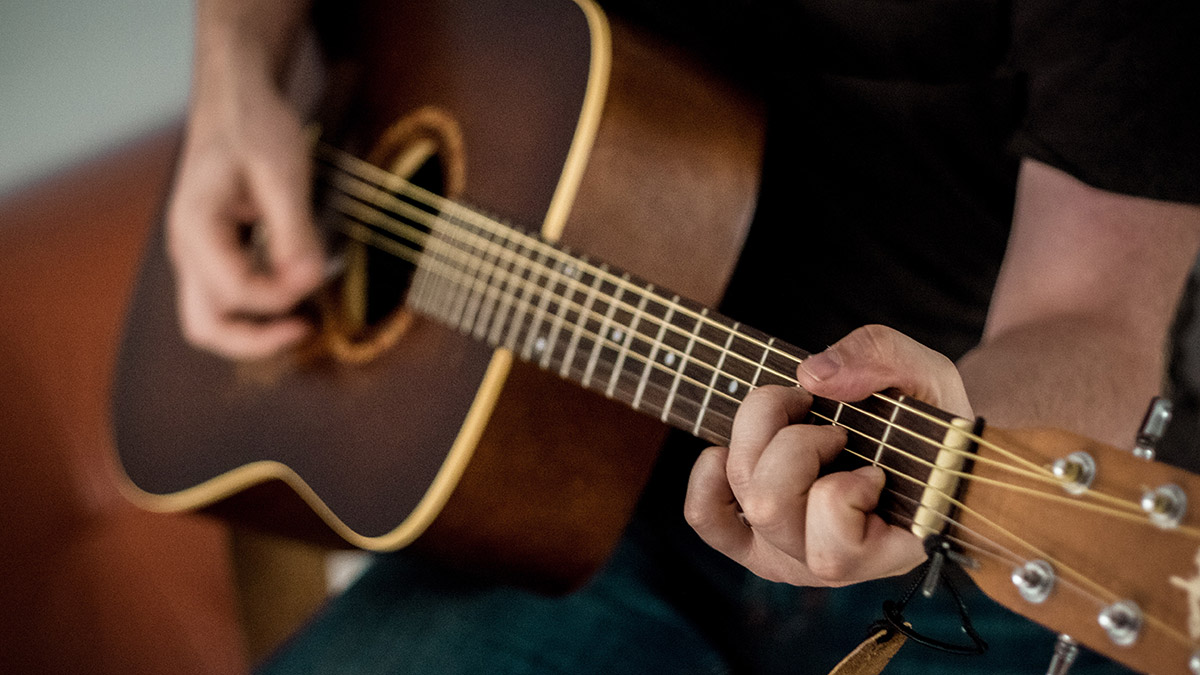 Spice Up Your Songwriting With These Creative Chord Ideas

Are you tired of writing the same old stuff? Maybe you want to expand your knowledge of chords and harmony. Here are two easy ways to spice up your songwriting and get inventive with harmony.

Don't Start With The Tonic

In Western popular music, songs often begin on the tonic '1' chord of the song's musical key.

If the song is in the key of 'C', many songs will begin and end with that C chord. While many great songs and pieces have been written this way, one easy way to change things up and add life to your writing is to begin your song or a section within that song on a chord other than the 1 chord.

For example, you could take a chord progression like this…

Here are a few more ideas to get started with this concept:

Some progressions can avoid the 1 chord entirely...

This concept goes both ways. As opposed to avoiding starting with the tonic, we can avoid ending on it instead. This is called leaving the song 'unresolved' because the song never resolves back to homebase. Writing this type of harmony is commonplace in neo-soul and R&b, and enjoyed huge popularity in the soft rock stylings and lush arrangements of the 70s and 80s power ballads and contemporary radio. You may also hear this technique employed in musical theater and classic Tin Pan Alley songcraft.

Take this unresolved I - V - VI - IV chord progression as a basic example:

Instead of resolving back to the 4th chord, we can end on the 2nd to last chord, Am, to evoke emotions such as longing, indecision, or unrequited love.

'Borrowed' chords are chords borrowed from a different, parallel musical key or mode. For example, if we are in the key of 'C', and borrow a chord from the C minor scale or C Dorian mode (Bb major), then we are using borrowed chords in our songwriting. There are many exciting possibilities created by the use of just one borrowed chord. Let's look at three common borrowed chords and how to use them to reinvigorate our harmony and songwriting.

The most common use of a borrowed chord is the '4th minor' or iv chord.

In the key of C, a 4th minor chord progression may look something like this:

Now typically, the key of C contains an F major chord. In this case, the F minor chord is borrowed from the 'parallel' minor key, C minor.

In the key of C minor, the 4th chord is F minor. By 'borrowing' the 4th chord from the parallel minor key and inserting it in the major key, we can create a powerful emotion of longing, bittersweet and melancholy.

Another common borrowed chord is the bVI (flat 6 major). Used in a chord progression, the bVI major may appear like this:

This chord also comes from the parallel minor key:

In C minor, the 6th chord is Ab. When borrowed and inserted into the key of C major, it gives us a major chord built on the flattened 6th scale degree (A down to Ab).

This substitution is also commonly used as a turnaround in a blues chord progression, and neo-soul/R&b music.

One final example of a common borrowed chord is the III7, 3rd dominant, or 'major mediant' chord. The major mediant chord isn't 'borrowed' by definition… none of the modes beginning on 'C' contain a major III or III7 chord for us to borrow. Instead, this chord can be seen as the '5th of 6th minor' or V7 of vi. The reasoning behind this is that (in the key of C) E7 would be the dominant chord belonging to the scale built on the 6th degree, A.

In C major, the 3rd chord is normally E minor. By substituting an E7 or plain E major chord, we evoke the sounds of yesteryear… old-timey jazz and Scott Joplin tunes… Berlin and honky-tonks. This chord is used throughout contemporary music to create topsy turvy tension and mischievous, playful tonality.

Hear it used most famously here in 'Creep' by Radiohead (which also uses the IV- borrowed chord in the same progression):

These are just examples of a few common uses for borrowed chords. If you want to try experimenting with more borrowed chords on your own, try pulling some chords from this helpful chart! 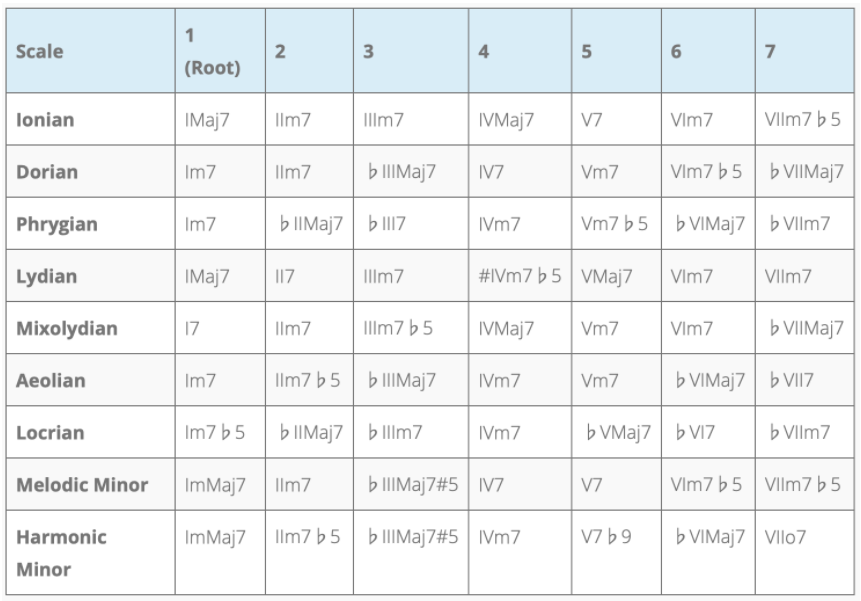 Don't forget that you can combine both methods of avoiding the tonic, AND using borrowed chords to create some really interesting and innovative stuff. There are only 12 notes, but infinite possibilities, and we can't wait to hear what you come up with! Don't forget to keep training your ears and share your work with us in the ToneGym café!