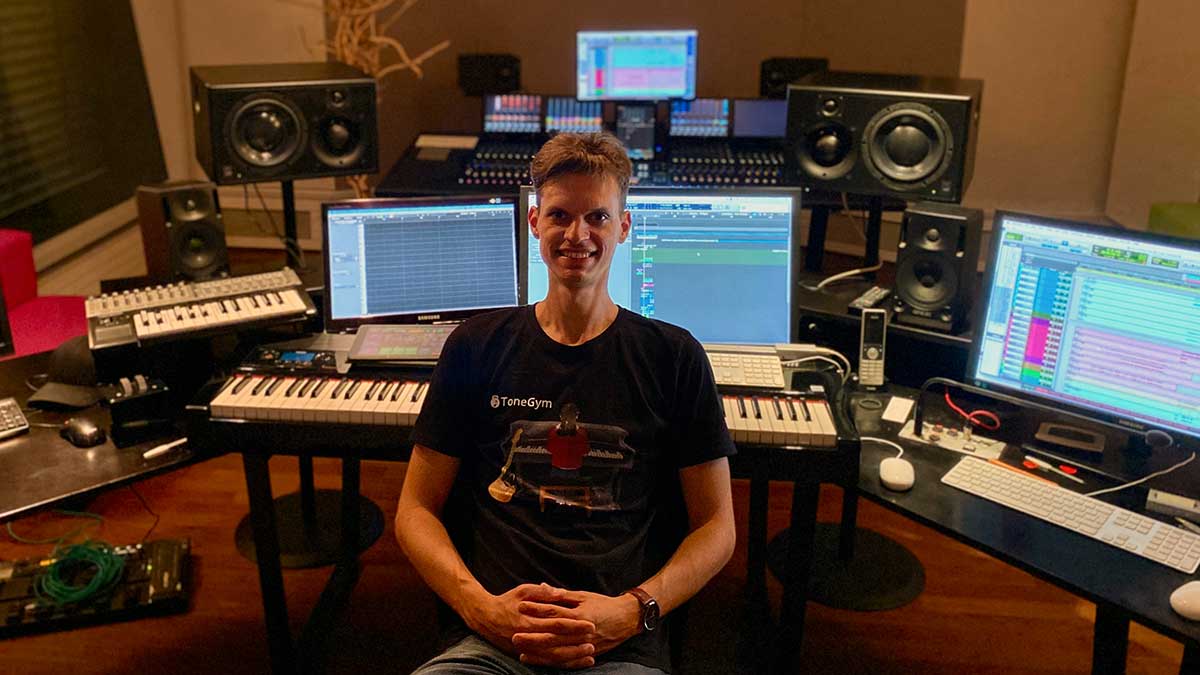 My name is Daniel Silveira. I am from a small city in the countryside of Brazil called Paulo Afonso, moved to João Pessoa when I was 4. After my undergrad, I moved to the USA to further my studies, and for the last 5 years, I live in Vienna-Austria with my wife and 2 kids.

It all started when my father put my sister to learn music. She had a small keyboard and I was the time sneaking into her room to play random notes on the instrument. At that moment my father then decided to put me learn music (when I was 8 years), in a matter of months I was already doing more advanced stuff than my sister. I just loved to play music.

I started learning on arranger keyboards, and at 13 years old, I switched to classical piano. First, at the small music school, then after a year, I moved to the preschool program at the University, which I stayed until I was 21 years old when I finish my bachelor's degree in Piano Performance.

During High school, I used to play in many garage bands (including the one at the school), and at that time I started to learn also the Accordion and a bit of everything I could (guitar, bass, some Brazilian percussion, etc.).

2 years after I finished my bachelor's, I moved to the USA to pursue a Master's Degree. Got married, and after 5 and half years in the USA, I moved to Europe. There I started to change gears a bit and decided to start a degree in Audio Engineering and working in Music Studio as a sound engineer and music Productor. I have been working for the last two years at MG-Sound Studios in Vienna as a Production Assistant / Recording Engineer / Sound Editor.

Going out with my wife and discover a new restaurant is definitely something I enjoy (whenever possible with our 2 small kids). I love to cook and experience new cultures through food. I like to read, but not really Romances or Poetry… more like technical books, articles, and news. I also like to listen to music even outside work, but I normally listen to things that I am not familiar with or materials that I make during work to broaden my knowledge in different genres.

When I have time, I like to play computer games. Probably the most I play is ToneGym now, but that were times I used to play a lot of Video games.

As a father of 2 small kids, many times I have to just figure out small tricks one could think has no use. But these are fascinating for my kids and keep their attention for a bit. One such is when we go to a public swimming pool and I make bubbles with my hands and catch the bubble under the water. When they see the bubbles they think I am a true magician.

Another thing is to be a very good “hand-Ocarina” player. Meaning, I make a kind of ocarina shape with my both hands and I can make sounds when blowing it. I can even play a major or minor scale like that, but again I don’t think I can find a use to it besides letting my kids being amazed by it, at least at their current age. But who knows, everything can have a use when the time and opportunity arise.

What inspires you and makes you want to keep making music?

I was very fortunate of meeting and having the right mentors. They always pushed me to look forward to what is the best beyond their own capabilities. That makes me always look to be inspired and motivated by people that can do things better than me.

Something else that really keeps the motivation going high is to see the end result of months-long projects and of course, the reaction and feedback of clients and fellow musicians. To help reach their vision for the projects I work on is definitely something I always strive to archive, and when the clients are happy, some of their reactions can be priceless.

Tough one, but I think it would be someone like Michel Camilo or Carlos Santana. The reason for that is that every time I watch their videos, I have the feeling all that matters for them is the music and to have fun with it. Besides I am obsessed with Latin music in any form.

I would definitely not sit down with someone that I might like their musical accomplishments but are total diva on a session. Those types of people I have already enough during my Studio work lol.

I mean look at those videos and tell me you don’t want to just jump in and jam?

If it is a recital or any other type of classical music concert I just like to eat a banana, drink a bit of water and try to think only about the first couple of measures and nothing more than that. If I think too much about the music and how it should be played before, it will make my nerves worse.

If it is a live show, I just like to hang out with the other musicians and take it easier. Maybe drink a beer and check if my equipment is working as it should.

If it is a recording session as a producer/engineer then just check and recheck everything needed for the session: music scores, microphone positions, DAW session, and computer, etc. I like to be ready for every possible spontaneous change that can come up and make the artist feel comfortable having everything he/she needs.

This year has been quite busy. At the Studio, I work we produce a lot of CDs for musicals. This year we are doing the musicals Memphis, Flashdance, Ghost, Miss Saigon, Dracula, and Cats. One nice ongoing project and a set of 4 CDs featuring many known songs, sang by children. It is been just incredible and surprisingly good. Their energy and joy of singing are contagious!

That’s a tough one as every stage of life has a different song, but maybe a Brazilian song called “Amigo é pra essas coisas” which is famously (at least in Brazil) interpreted by a group called MP4. It's all about friendship and be always there for your close friends when they need you.

I am gonna cheat here and add another one that is also Brazilian. It is called “caminhando e cantando” by Geraldo Vandre. This one was composed during our Military Dictatorship as a protest against the regime. I was not born at that time, but the lyrics really speak to me.

The accordion. Being a Brazilian, you just get used to listening and having even your music education around music played on the accordion. Also, I love how extremely versatile it can be and I am very into folk and popular music from different countries. for some time only listening to folk music from the Balkans or French Swing Waltz. (maybe has something to do I married a Belgian girl and live in the country of waltz :)

The Contests for sure! Even though I also love the Gym / Workout (my second favorite feature), I think the Contests give you another push of motivation to get better on things that maybe you are already very good at. And I have the feeling you kind of start to know people from the website better from the discussions.

What does the future hold for Daniel Silveira?

Well for now just keep working at the Studio until my children are big enough for me to try new things. I would like to start working also for films, as a sound editor, sound designer, or even as a composer.