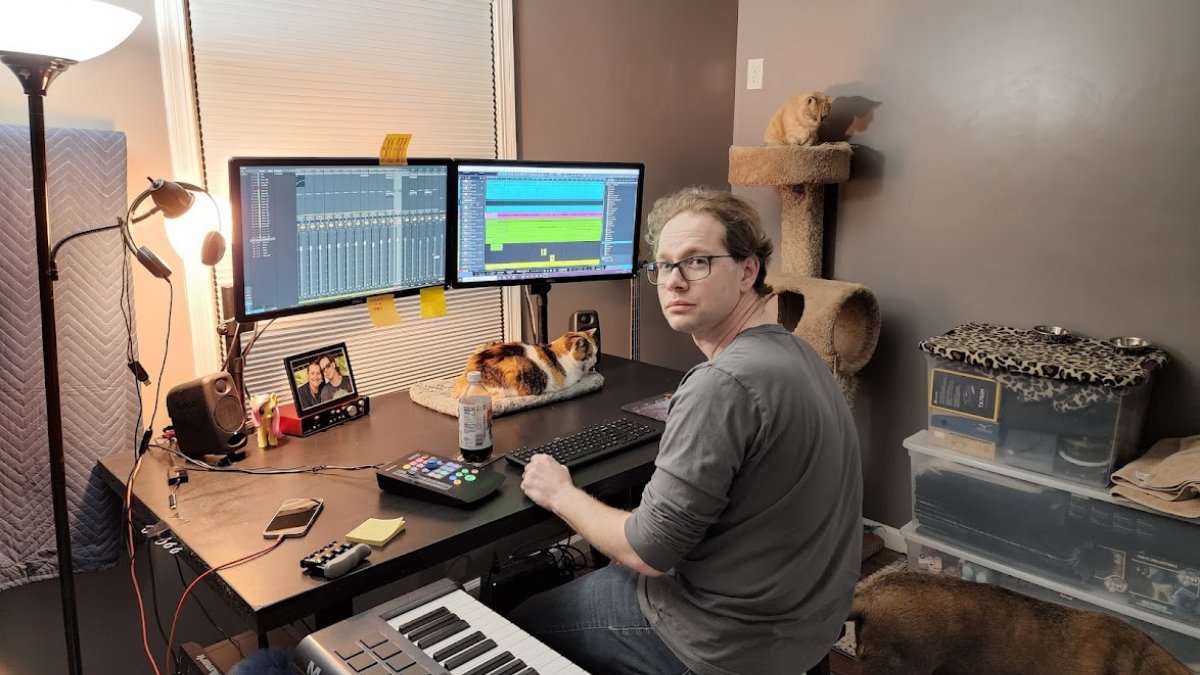 A Software Developer with a great passion for music and its creation, Currently from Michigan, United States. Adam Noveskey is this month's ToenGym Hero!

My name is Adam Noveskey, and I am a software developer from the great state of Michigan!

Music has always been a part of my life. My earliest memories related to music are me banging away at a toy piano as soon as I could stand on my own and listening to my parent's copy of Michael Jackson's Thriller on the family stereo.

I got my first guitar at the age of 11 and started taking lessons from my stepfather. Once I learned how to play power chords, I started writing my own songs. I had rock star ambitions when I was still in elementary school!

I picked up other instruments in the years that followed - drums & piano to name a few. I played in several bands with friends in middle school and high school, including the 8th-grade jazz band.

But I lacked the discipline to dedicate myself to learning any one instrument well. I was always more interested in chasing the dream than I was in putting in the time and effort necessary to make it a reality.

Record shopping. There's something magical about going into an honest-to-goodness record store and browsing the shelves for hours. Occasionally, I go looking for something by a particular artist, but often I like to hit the used releases to see what I can find to round out my collection.

Playing the jaw harp. It's only useful if there is an emergency hoedown, or if someone starts playing Black Sabbath's "Sleeping Village".

In the grand scheme of things, my creative output might not be that important. But that doesn't stop the nagging sensation that tells me "I've got something worthwhile to say."

Music brings me joy, and I want to share that joy with the rest of the world. 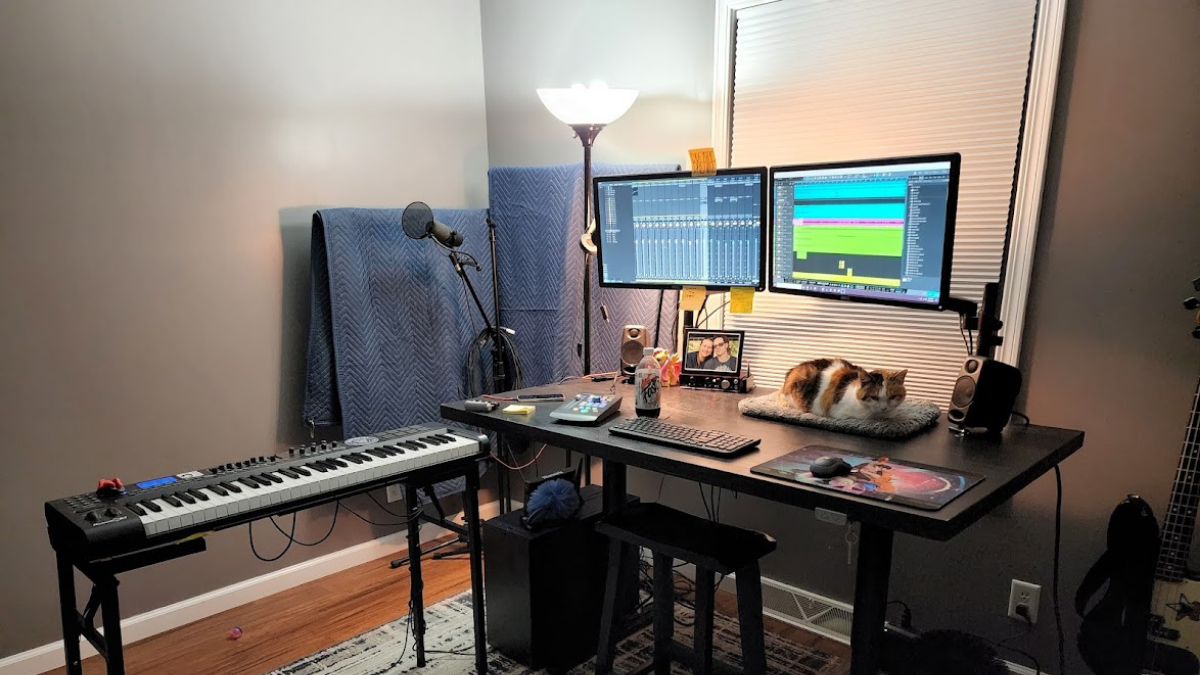 I could pick a couple of dozen different artists... Beck, Madeon, Trent Reznor... but I'd have to go with Damon Albarn. I absolutely love the infinite creative possibilities that Gorillaz as a creative entity represents. I would really love to have the opportunity to experience that.

I work in small creative bursts - 4 bars here, 8 bars there, a unique drum fill, an otherworldly guitar sound... so I start each session trying to analyze what I hear in my head and how best to translate it into captured audio - what kind of reverb do I need? Will a bitcrusher give me the unique overtones I'm hearing? Do I need a bass guitar with dull-sounding string? And so on.

The song that comes to mind right now (but it could change in 10 minutes...) is "Musician" by Porter Robinson. I often think about how much easier my life might be if I didn't feel the compulsion to create and immerse myself in music every waking hour of the day. And deep down I know that even if I could stop, I wouldn't be happy. No song I can think of better captures the feeling.

The guitar is definitely the instrument I feel the most at home performing with.  But when it comes to creativity, my enthusiasm for keys/synths as of late would have to make that my instrument of choice.

Right now, I'd have to say Chordelius. Every time I start to think I've got it all ‘figured out’, Chordelius challenges my ears. It also makes me listen to the music in my collection to see if I can recognize the chords shapes that I've learned.

What does the future hold for Adam Noveskey?

I've got a myriad of projects I want to finish - a brony record, a shoegaze record, a concept record based on a dystopian future (just what the world needs, right? Another one of those!)... Honestly, the list never gets shorter.

I've always wanted to try approaching an album project like a public git repo - where anyone can make a contribution and merges to the master branch are approved by, say, a producer, and a few primary contributors.

Once my fiance and I move into the new house, I intend to build a proper studio space to finish up some of these projects. I’m still chasing the dream.